The bee population has been decreasing at an alarming rate for several years, with a total disappearance in certain areas.
In France, more than 30% of bee colonies disappear every year.
As a consequence of this “massacre”, in 10 years, 15 000 beekeepers have stopped their activity. That’s why we want to put the spotlight on the salvation of the bees. The beehive of Caragum International® is established in majestuous area of Queyras, in the French Alpes.

The “Colony Collapse Disorder” is a phenomenon that results in a sudden disappearance of bees in the hives, without any trace of dead or living bees nearby.
Pesticides would be the main cause affecting the central nervous system but it is probably a combination of factors (parasites, predators, modification of their habitat and scarcity of resources, climatic disruption…) and cocktails of pesticides.
As the bee plays a key role as a pollinator, this syndrome is very worrying and has serious consequences for our entire eco-system, both on an environmental and economic level.

Its disappearance would be a real catastrophe for nature and human beings. We know that 80% of the crops depend on the action of pollinating insects.

Sponsorship allows us to participate in the protection of bees and the development of colonies. It means supporting local, artisanal and sustainable beekeeping. 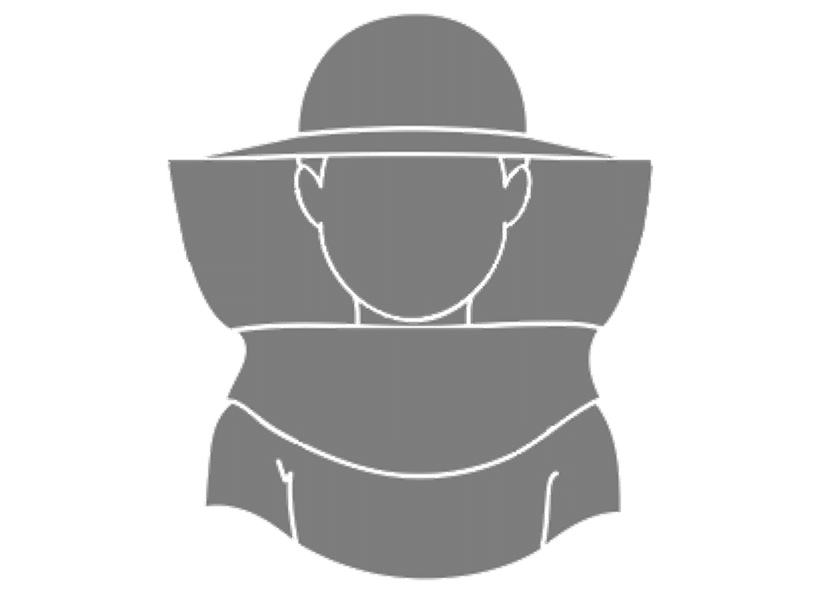 What’s going on in your apiary this month?

In May, the hive is buzzing with activity.
The bees have a wide variety of flowers to forage. They bring back to the hive important quantities of pollen and nectar.
For bee lovers, this time of year is the best time to watch them at work!

The queen lays abundant eggs and the hive population grows rapidly during the month of May.
In a colony, there are 15,000 foragers collecting pollen and nectar!
Within the hive, 30,000 other bees receive this precious harvest and transform it into honey. Quite an organization!
The month of May is also the month with the highest number of swarmings.

What are the consequences of the development of the Asian hornet?
If the Asian bees have developed defense mechanisms against this hornet,
this is not the case for our local bees which are completely vulnerable to this new predator.
The Asian hornet feeds mainly on fruits and bees.
It is a real scourge for beekeepers because these insects can decimate an entire colony in a very short time.

If bees are very active, this is also the case for birds, many of which are nesting at this very moment! To help and protect them, here are a few simple gestures:

– Before trimming your hedges, trees and bushes, check that they are not home to nests or birds!
– Don’t throw away your pets’ hair! They can be used by certain species to build their nests.

Contribute to the salvation of the bees

Become a sponsor
This website uses cookies to improve your experience. We'll assume you're ok with this, but you can opt-out if you wish.
In accordance with the obligations of the RGPD, the data will not be used for purposes outside the scope of the requested service.
The user is informed that he has a right of access, interrogation and rectification which allows him, if necessary, to rectify, complete, update, lock or erase the personal data concerning him are inaccurate, incomplete, equivocal, out of date or whose collection, use, disclosure or storage is prohibited.
The user also has the right to oppose the processing of his data for legitimate reasons as well as a right to object to this data being used for commercial prospecting purposes.Accept Reject Read More
Privacy & Cookies Policy

This website uses cookies to improve your experience while you navigate through the website. Out of these, the cookies that are categorized as necessary are stored on your browser as they are essential for the working of basic functionalities of the website. We also use third-party cookies that help us analyze and understand how you use this website. These cookies will be stored in your browser only with your consent. You also have the option to opt-out of these cookies. But opting out of some of these cookies may affect your browsing experience.
Necessary Always Enabled
Necessary cookies are absolutely essential for the website to function properly. This category only includes cookies that ensures basic functionalities and security features of the website. These cookies do not store any personal information.
Non-necessary
Any cookies that may not be particularly necessary for the website to function and is used specifically to collect user personal data via analytics, ads, other embedded contents are termed as non-necessary cookies. It is mandatory to procure user consent prior to running these cookies on your website.
SAVE & ACCEPT